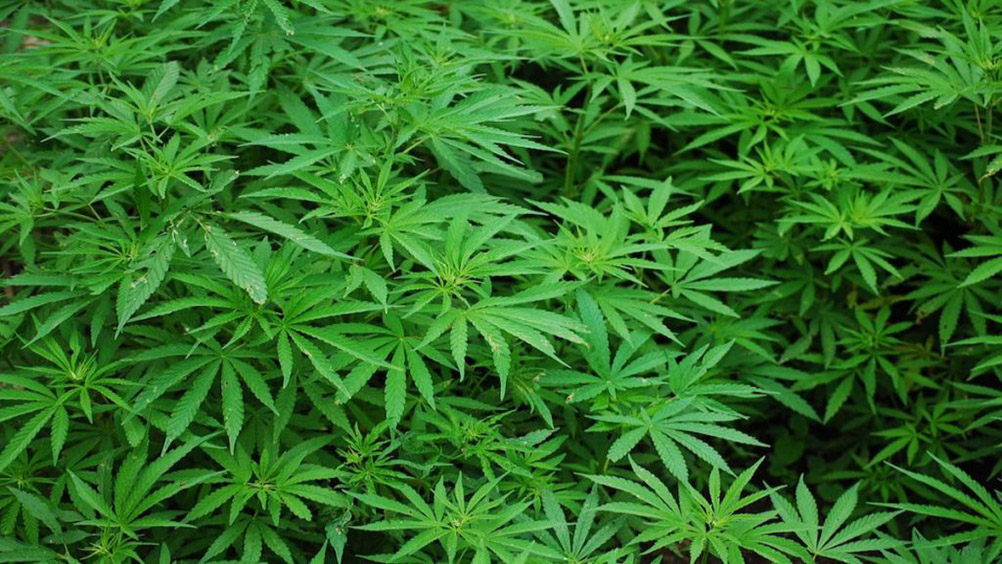 The New Frontier in Marijuana

Cannabis or Marijuana has been used by humans for centuries. It has always had a fascination with being a medical cure or having a spiritual affect or had a certain halogenic quality. People have been using pot for centuries as a spiritual connection to the gods. It has been used for a more mind opening method to reach higher mental levels to better understand the world in which we live. As CEO of the Mars Rising Network, I have seen this transpire since I was very young. I knew at some point this was going to happen and I have developed accessory products within this industry because I saw the growth and potential the same as some others did so I wanted to share my experience and knowledge to those who may be interested in knowing more about this industry.

In the more modern era 20th century from 1900 to the 21st century its use has been more analyzed and has been both vilified and praised by strong opinions on both sides. The argument has always been, is pot more of a benefit to mankind or is it a gateway drug or is it making our people more lethargic and lazier, and does it reduce the intelligence factor. Maybe, it was the affect to promote that laziness by getting stoned all the time. Too much time smoking the herb.

Along the way it was discovered that pot was actually a medical benefit for millions of people using it for pain relief, glaucoma, cancer treatments, and many more medical uses. It was at this time that cannabis or marijuana was being seriously considered for legalization. Those who vilified the drug anyway were obviously against it however, there was a mass acceptance very quickly after that to make it more realistic to make it legal. It was the medical use in California that really spurred the activists to affect legislation that put it over the edge. All of a sudden it passed and right away there were dispensaries popping up.

It was pretty easy to get the drug through a doctor onsite to write and approve the prescription and just as quickly it was available on the internet and you could walk into any dispensary and buy what you wanted. Not only what you needed but what you wanted. The different strains of cannabis or marijuana were many from the very beginning. It was obvious that growers and investors were watching carefully and they were willing to develop and invest years before it was made legal. It did not take long from there to make it legal for recreational use as well. Of course, and that was the point all along. Making it legal for everyday use was the push and people were all for it. Legislation was relatively easy and it was not a surprise that it came into the mainstream very quickly.

It really is amazing considering it is still against federal law and banks have a very difficult time in accepting money from the sales of the drug. It has been primarily a cash business. Don’t think that stopped the IRS though because they are right on these businesses through the state and federal process. If you want to know the truth about anything just follow the money and they are raking in the profits and the taxes. It has already proven to be a monster tax source and more states are taking notice and passing legislation in their state as well.

The most conservative states are now passing those laws and not just for medical use. Once that is passed the recreational use soon follows. It is accepted by older folks that use it for a medical use, younger folks obviously, and all those in between. I have always been surprised regarding the diversity of people that use the drug and many will use it for the rest of their life. I don’t see it disappearing any time soon. As a matter of fact, many drugs are now being considered for legalizing because of the success of cannabis and marijuana legalization. That of course will take much longer to gain that acceptance but it will not be a surprise if we see that type of legislation coming soon. It will be a much more difficult process but it could happen by 2050 or sooner. I am not sure if it is beneficial but the arguments are being made and with the changing generations coming it is a very real possibility.

That may be the future but the present is pretty interesting. The opportunity for those involved in the industry has been greatly expanded as those states that legalize it automatically need more product to meet the market demand. To give you an idea of what is happening in the industry we have some information from some credible sources. These numbers change quickly as they increase constantly. According to potguide.com the number of growers in the USA 2020 are over 500 with the top 25 as the largest part of that market. For marijuana dispensaries there are over 2000 in the USA. Those are the legal side of the market. It has been estimated that there are over 10,000 illegal dispensaries and growers nationwide. It is a very difficult number to exact but these are pretty good estimates. The market size dollar wise is over 55 Billion according to Marijuana Business Daily. This has saved lives, businesses, and towns across the USA. In addition to those businesses there are others that are manufacturing edible products and CBD products as well. 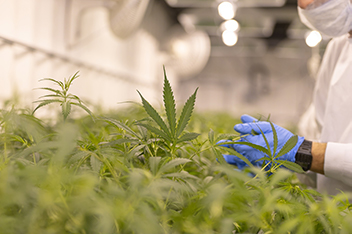 To better understand how the industry works it all starts with the grower or cultivator. In the good ole days you grew it from the ground, dried it and bagged it and sold it and some still do it that way. Today it is all about hydroponics inside of a sealed temperature and humidified environment. The plants grow much better and faster with this process. The people who work with pot wear white suits with a head cap and gloves and sometimes with a mask to protect both the worker and the pot. They use sharp scissors and cutting tools to manicure the buds and such to provide a clean superior product for the processors. The potency of the product today is far superior to the product back in the 1970’s. It is also a very different strain because using hybrid techniques to make the strains more potent all of the time. 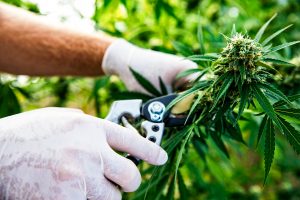 The next step is the processor. The processor takes the weed from the grower and processes it into single buds for canning a measured amount of weight into a jar or something of that sort which is sold in the dispensary. It will be processed for edible foods, candies, liquid drinks, and of course into CBD oil also sold in the dispensary. This part of the business is probably the largest single part of the process. These companies are the largest because of the equipment expense and the tech portion of how to process it for all of these types of products. These companies are on the stock exchange with average investors investing in those companies. They are growing faster as the market grows and as the growers expand in numbers. With the advent of vaping that has become a very popular method of delivering a CBD oil compound. It has been a subject of controversy and has killed over 20 people as it can be determined in the USA. No matter how much regulation there is, there is always a black market and that is still the largest portion of the market place.

The next step is the Dispensary. The dispensary makes more money per location than any other portion of the industry. Walking into one of the dispensaries in Nevada for instance I saw over 100 kinds of pot for sale. In addition, I saw all kinds of bongs, pipes, papers, cones, and many other devices for smoking, eating and processing your own kind of product. One simple dispensary can do a few million a year in sales with a strong profit margin. It has opened a new opportunity however, it, as so many things, is available only to those with the money to start it up. It is a costly venture to be sure and you will continue to invest for years to come with the biggest profit to be made years down the road or by selling the business to a larger company. Yes, it is a great opportunity for many but it operates the same as any other business. It has offered many thousands of jobs across the USA and they pay pretty well. Hopefully many can offer health insurance and actual payroll. That is another part of the legality of what is happening.

The largest portion of the market is the Black Market. That has been going on for hundreds of years and hit the peak in the 1960’s and forward. It accounts for the greatest sales and offers in many cases a better price with great quality. However, with the legal market you are assured of a fair price with guaranteed quality. That is the benefit to the legal market and more people are choosing to purchase from a dispensary as time goes on.

Yes, it is a cannabis craze and the marijuana industry has changed from the good ole days pot smoker and turned the average pot smoker into a connoisseur. With all of the grinders and processors such as the HERBinator Electric Processor and many more accessories to better enjoy your pot it is a very different market today than it ever has been.